Te Oomai-reia is magical in its format. It's healing and delivery is powerful and positive. This traditional Maori healing knowledge that was passed down through the generations to our master teacher, Papa Hohepa Delamere. I was honoured and privileged to have been one of his tauira - students. Papa Delamere has given his blessing to teach 'Te Oomai Reia' to help other people. Even though he shared these teachings with many different cultures around the world, he was far more in depth with his students in Aotearoa.

"While our hands move with eternity, our feet are firmly entrenched in infinity and still, we remain in our integrity."
Papa Hohepa Delamere 2003

The foundation of the work that I do is based on the philsoophy of traditional Maori Healing Te Oomai-Reia Romiromi.  Mirimiri, Koo Miri, and Taa Miri are an integral part of Te Oomai Reia Romiromi.  You do not have to touch a person or even be in close proximity to do mirimiri, koo miri or taa miri so it is perfect for working with people who wish to do their healing online, either one on one, or in an online group setting.

Mirimiri is the spiritual manipulation of energy that can release negative energies, physical, psychological and even generational pain that is trapped in the cellular memory of the body. In philosphy, mirimiri is the spiritual healing process that clears any unnecessary energies that may block the healing process. The practising Tohunga links in to the vibrations of the female and male Atua and incites the support of the ancestors (natural phenomena) and kaitiaki (spiritual guardians) of the whai-ora (person seeking wellness), to clear any energies that are blocking the healing process.

Koo miri is the manipulation of energy in the body using traditional chants that incite different aspects of nature to heal.  It is a means of using vibrational sound to bring about shifts and changes calling upon the personified guardians of nature. Koo miri facilitates an opportunity to let go of old memories that are trapped in the cellular memory of the body.  Koo Miri is a process whereby the practitioner intuitively communicates with the body of the whai-ora (person seeking wellness) to explore the 'core' emotional experiences behind the physical, psychological or mental ailments. Where resistance is found, the practitioner can use takutaku to re-balance spiritual imbalances that will facilitate holistic wellbeing.

Mirimiri, Koo Miri, Taa Miri, me Romiromi hoki - is an ancient practice of Tohunga to clear, release and re-energize one's entire being. As a student of Papa De La Mere, I experienced romiromi each week by his students of Papa De La Mere for nearly six months that is, until I discovered that I could fall into a deep state of delta meditation on the table. Some of the students were stunned because they were unable to ilicit a response from my body while performing romiromi. From that point on, only Papa De La Mere worked me using mirimiri, taa miri and koo miri - spiritual healing and takutaku chants to open and release any emotional and physical blockages in my body. Consequently, the energy in my body began to flow again. I use a range of spiritual healing techniques, romiromi modalities and dietary changes specific to healing including hydrating the body with water. I also use a range of natural remedies to cleanse the bodys systems, heal chronic dis-ease and boost the immune system so the body and spirit can work for you at its optimal potential.

Te Oomai Reia romiromi is a healing process and in some cases, practitioners use their elbows, knees, feet, greenstone, wood and sea water to clear and open blocked energy points in the body. In my experience whilst studying with Papa De La Mere, the transformations seen in romiromi was life changing. Hence this work is very sacred to our culture.

The following excerpt was written by Papa Delamere:

Te Whai Tika Kia Ora Ko Te Tinana is the correcting of the body with deep tissue energy release. Deeper than what is already understood by the term 'deep tissue'.
Converting spiritual energy with universal acquaintance, used with neutral force, distributed by human communication which gives us as Māori our difference. Maintaining the work done in this manner is complimented by other methods of massage available today along with our ancient medicines that aid in healing.

The ancient Māori referred to this method of healing as:

The use of natural tools with mystique and their coded messages were in the ancient prayers and songs used for healing. Calling upon their skills from the Gods and Ancestors who have and still travel the road leading to 'Te Reinga Mutunga Kore!'

Our spiritual homeland for Māori is also the place in which all our Knowing and Understanding is held and kept. All this knowledge is Cosmic, Atmospheric, and Earthly and always at the center of this healing. The knowledge and skills of this healing is often taught from birth.

"Te Oomai-reia" is Magical in its format. Its healing and delivery is powerful and positive. All who wish to learn are welcome.

'While our hands move with eternity,
our feet are firmly entrenched in infinity
and still,
we remain in our integrity' 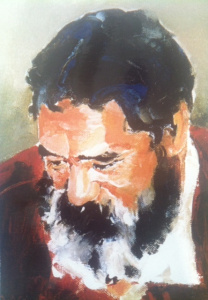